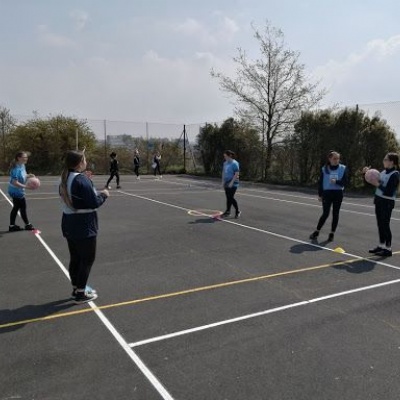 On Wednesday 21st April, 17 Y9 and 10 SDCC Sports Leaders took part in a Young Netball Organisers Course. The aim of the 6 hour course is to prepare the students to organise and run High 5 netball festivals for 7-11 year olds, focusing on the following areas:

This was delivered through a mix of theory and practical sessions. Students were required to plan a 30 minute netball coaching session, followed by the organisation of a High 5 tournament. They were then able to deliver part of their sessions to a small group and assist with the organisation of a High 5 tournament in the afternoon practical session.

All students were fantastic and demonstrated a high level of leadership skills throughout the day, whilst developing their knowledge of High 5 netball ready for the Primary High 5 events in the Autumn term!