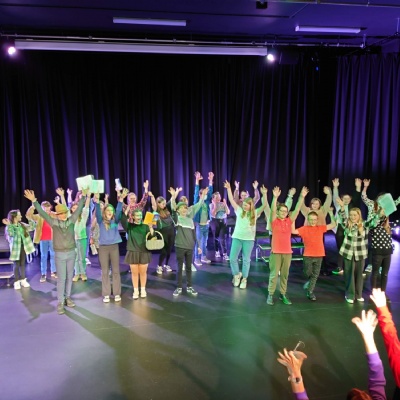 We’re off to see the Wizard …

This May, Stoke Damerel Community College proudly presents an amateaur all-school production of the film and stage classic, The Wizard of Oz.

After months of hard work by the cast, musicians, and technical team, the stage show is all set for its special premiere performance for an audience of our feeder primary schools including: Montpelier, St George’s, Ford and St Joseph’s  in our Performing Arts Theatre on 6 May, ahead of a three-night run on 10, 11 and 12 May.

Doors open at 6pm for a 7pm start for the three evening performances in the Performing Arts Theatre. Tickets are £6 and can be purchased on Parent Pay.

Putting such a big show together involving all year groups has been a tremendous team effort, with around 40 actors, 15 dancers, the band, and the set, lighting and sound operators working on the play since the New Year.

The project has been led by Head of Performing Arts Mrs Clift, with the Dance, Music and English departments all involved too, with some of our English students being the make-up artists for the show. Our official Wizard of Oz poster has been designed by Year 9 student, Abiah Biju, who won our poster competition. 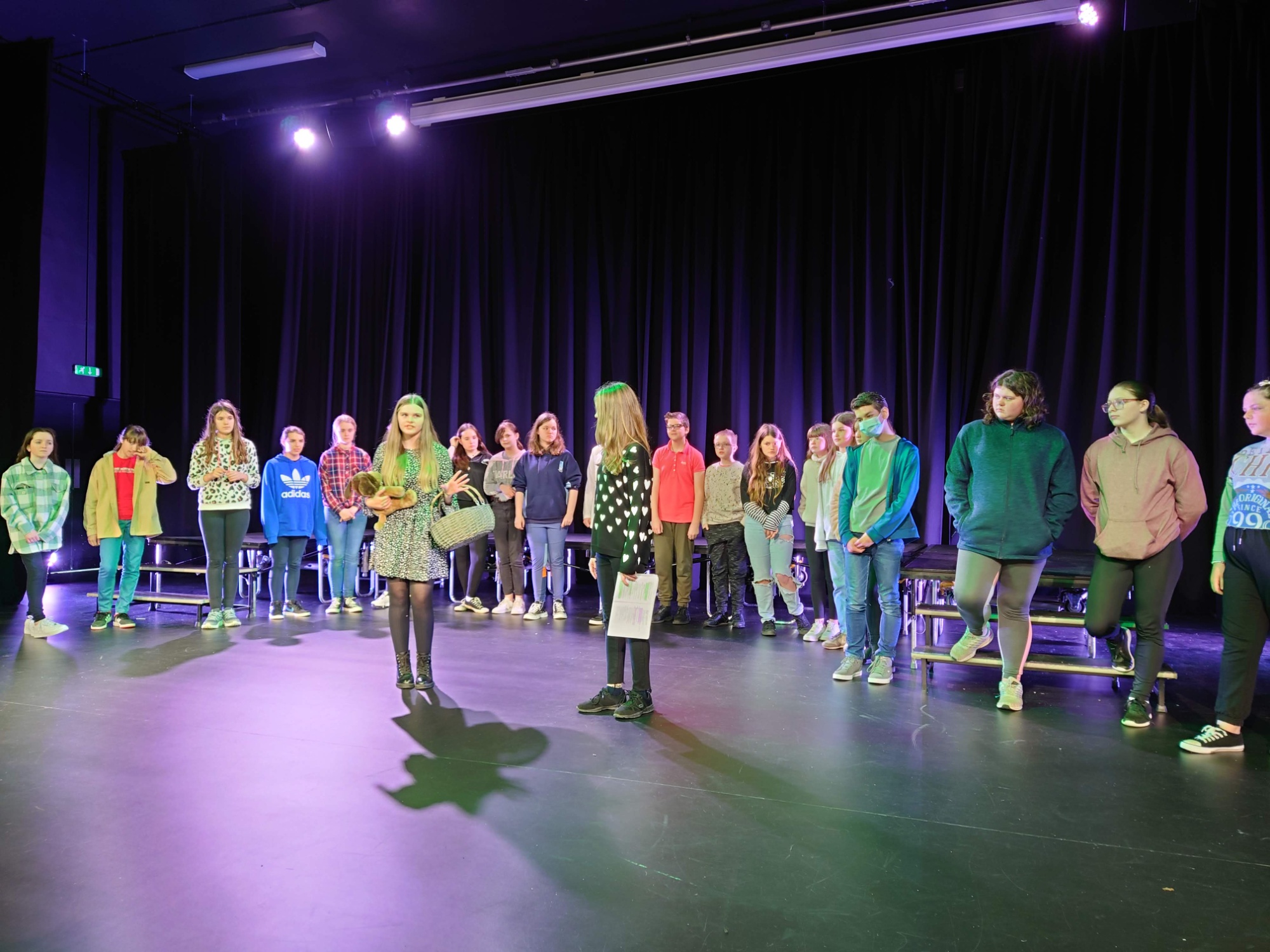 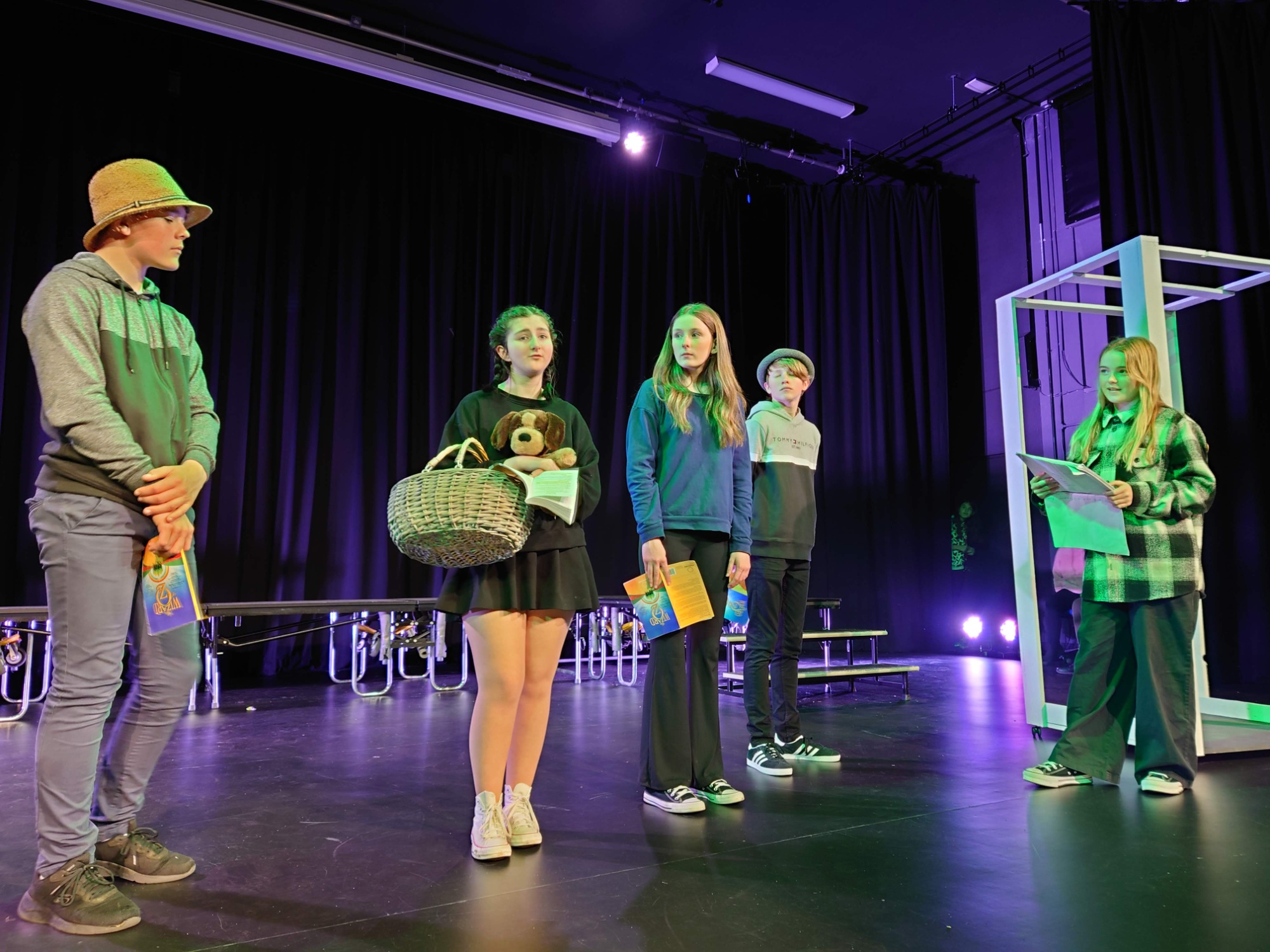 The story of Dorothy, The Cowardly Lion, The Scarecrow and The Tin Man has been a family favourite since the 1939 movie, starring Judy Garland - but the original book by L. Frank Baum was written much earlier, in 1900.

Our College production is the Royal Shakespeare Company version, scripted by John Kane. It contains more of the original story than was in the movie, and, of course, it features all the well-known songs such as We’re Off To See The Wizard, Follow The Yellow Brick Road, and Over The Rainbow.

The roles of the four main characters have been “doubled up” so that the actors will be doing two shows each: Mollie Waterworth (Year 8) and Gray Pope (Year 12) play Dorothy; Joshua Gue (Year 8) and Simeon Brown (Year 9) are The Scarecrow; Harrison Campbell (Year 10) and Adam Rainbird (Year 9) share the role of The Tin Man; and Molly-Jane Day and Emma Pope (both Year 10) play The Cowardly Lion.

Mrs Clift said: “Everyone has really thrown themselves into it, the commitment has been awesome - the students have even been coming in at weekends and during school holidays. Lots of friendships have been made along the way, too, which is lovely to see.”

Music teacher Mr Yardley said the students in the band - usually rock musicians - had adapted well to learning a musical: “They’ve had a lot of music to learn because it’s not just the songs, it’s the instrumental music that runs through the show as well. They are a very talented group of young musicians.”

By the time the final touches have been made, the show will be around two hours long, plus an interval half-way through. The EBACC team are providing the refreshments to help with fundraising towards the College’s battlefield trips.

“It’s going to be a great show - we can’t wait for the curtain to go up!” said Mrs Clift. 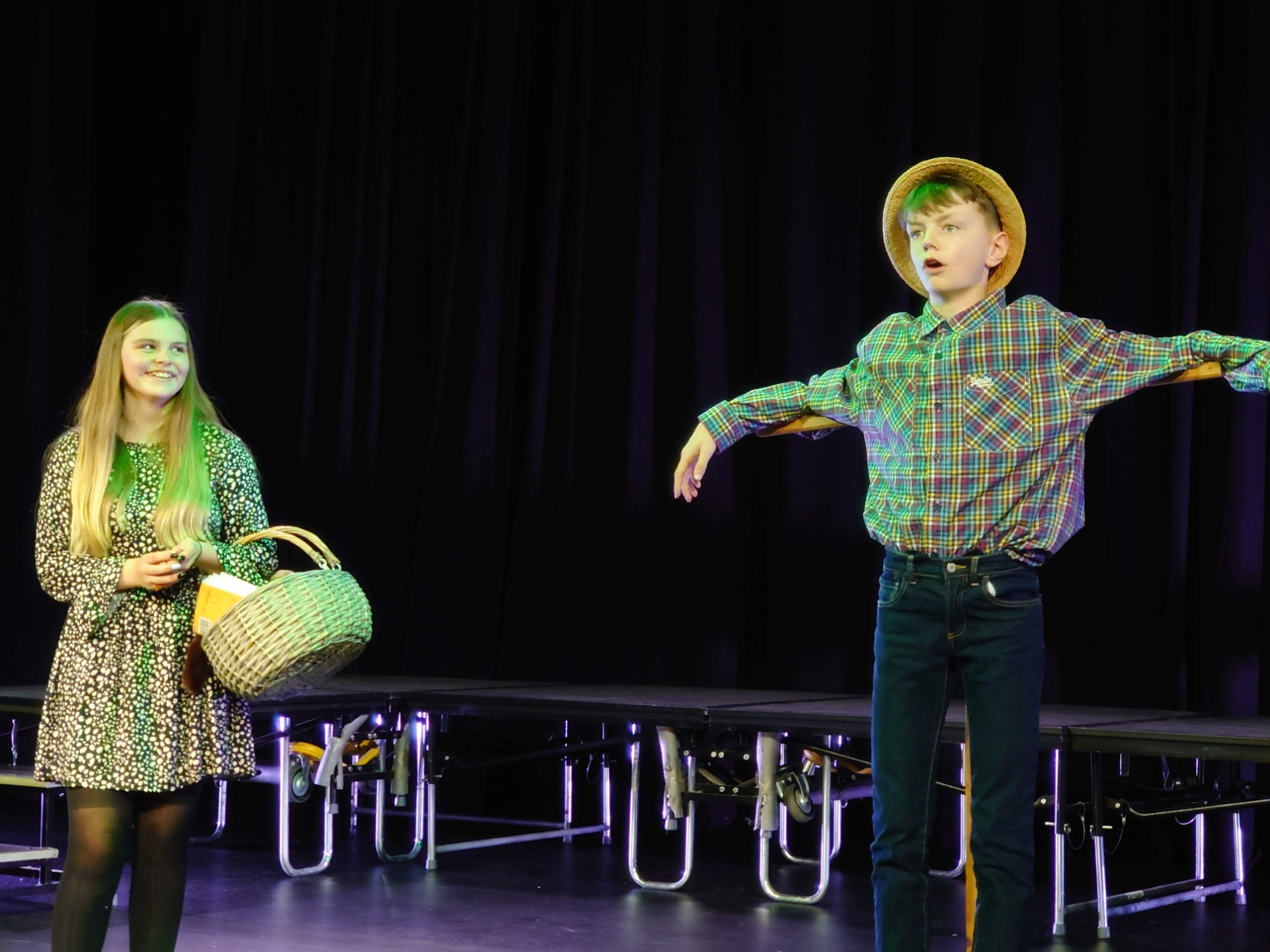 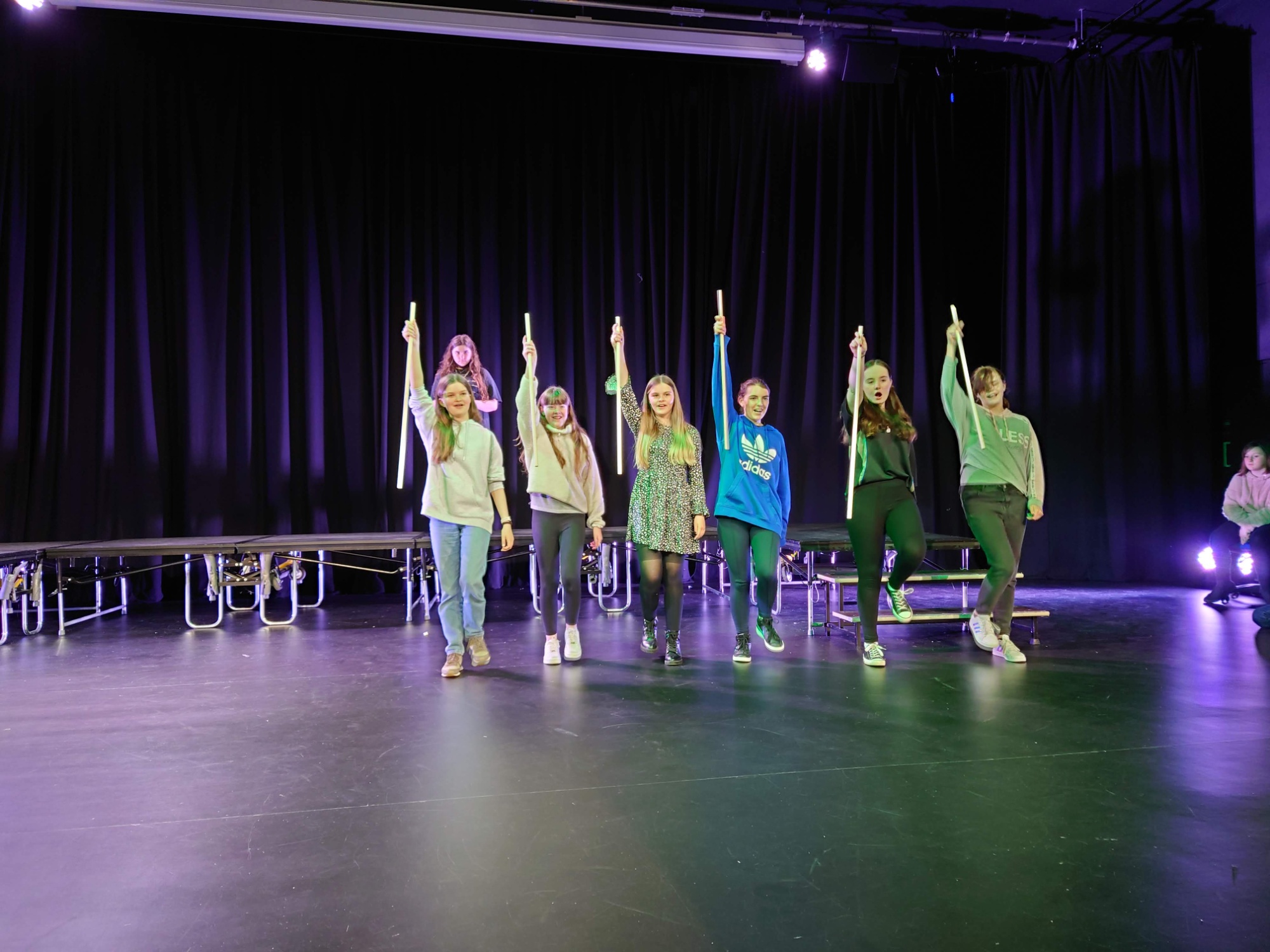 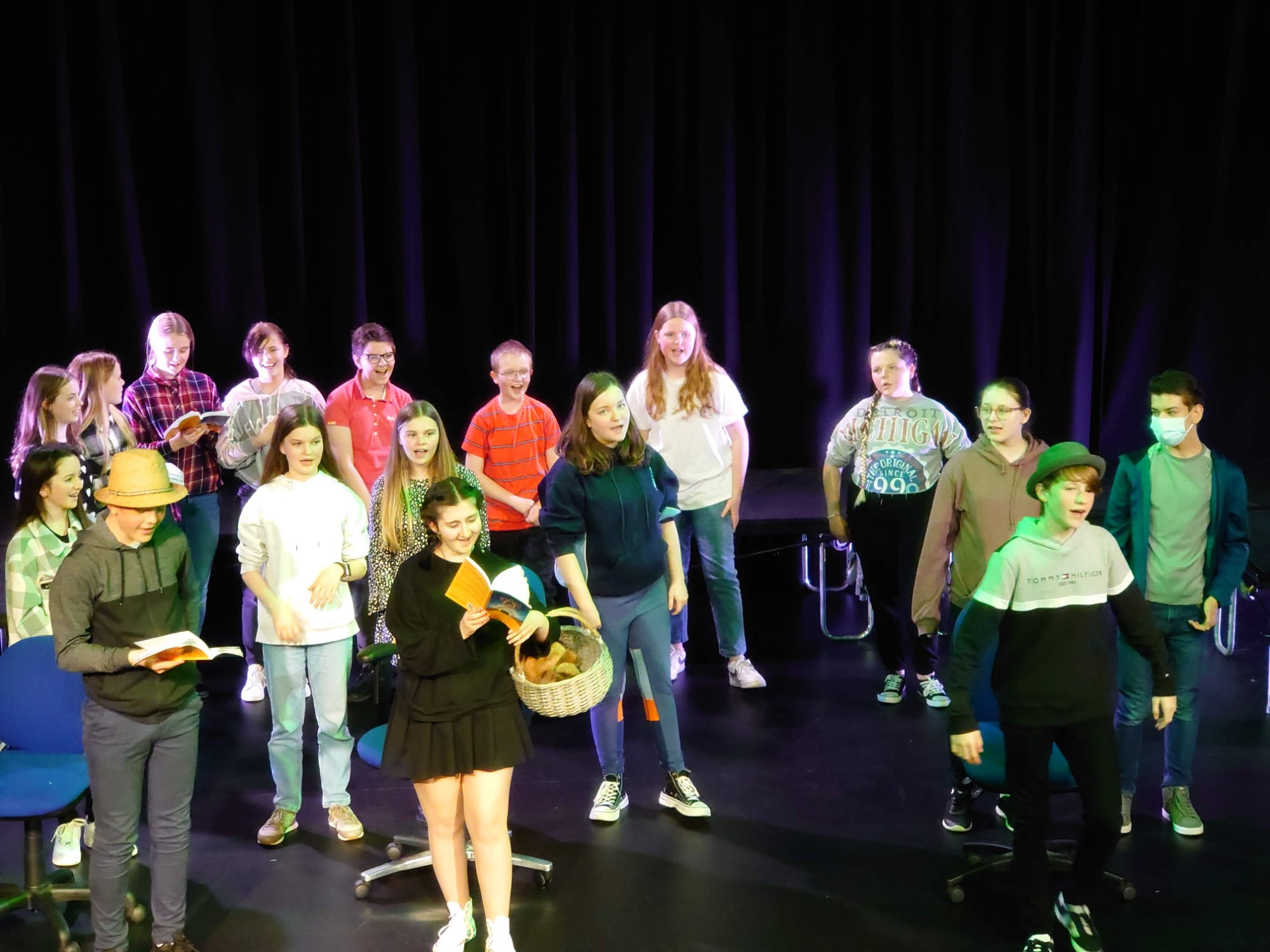 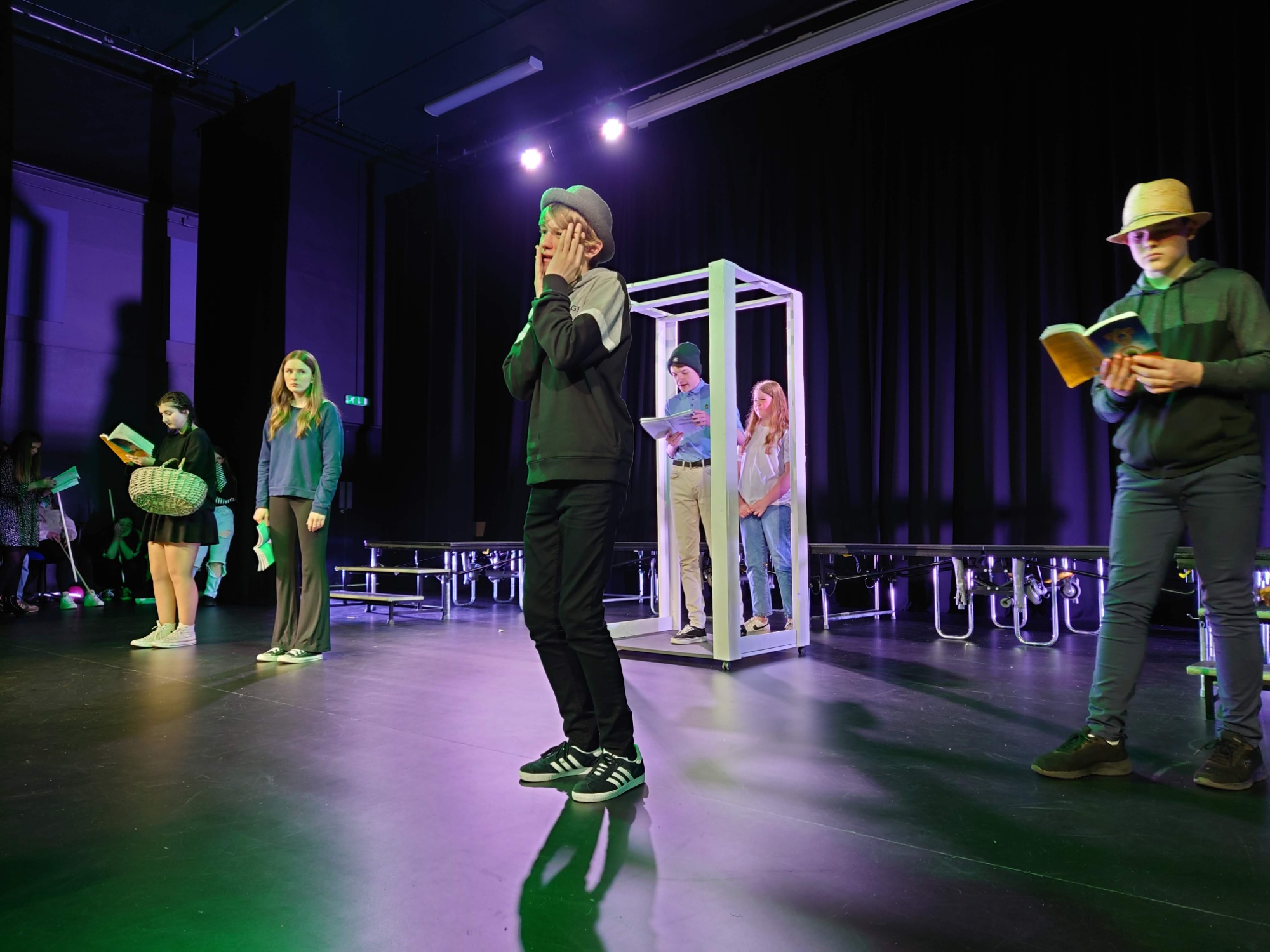 Some of the cast and band members took time out from their rehearsals in College during the Easter holiday to talk about the show, their roles, and the experience of being involved in a big stage production …

Mollie Waterworth (Year 8) shares the role of Dorothy: “I really like the moral of the story, that people feel they can’t do things, but they can, and the fact that they have support.”

Lilli Morgan (Year 8) plays The Wicked Witch. Lilli has acted in shows outside of school before and has been awarded a certificate for acting: “Doing The Wizard of Oz has been amazing. I’ve had great fun and made loads of friends. I’ve always loved acting, but I will definitely be nervous when it comes to performing the show live in front of everyone.”

Marie Cavey (Year 8) plays multiple roles, including a munchkin and the Main Guard: “I’ve got lots of parts to learn but it has been so much fun. And I agree with Lilli that this has been a chance for us to meet friends, especially from other years.”

Isaac Bluett (Year 10) shares the role of the Wizard. Isaac would like to pursue acting in the years ahead: “I usually go for a funny character, but the role of The Wizard can be quite serious. The hardest challenge? For us all to learn our parts and then bring the whole show together.”

Harrison Campbell (Year 10) shares the role of Tin Man: “Playing the Tin Man is one of the easier parts to learn I think because as a character, he just follows all the others! I’m really enjoying the experience and it has inspired me to do more acting in the future.”

Molly-Jane Day and Emma Pope (both Year 10), take it in turns to play the role of The Cowardly Lion. Emma said: “The Lion is a great character to play, he’s silly and he’s funny and he’s lovable.” Molly Jane: “It’s just great fun!”

Joshua Gue (Year 8) and Simeon Brown (Year 9) play The Scarecrow. Joshua said: “The Scarecrow is very cheerful, he’s a comedian really - a good part to play.” Simeon added: “I’ve enjoyed making friends with people in other years, I think that has been a really good part of putting this show together.”

Izzy Brandon and Amelia Smith (both Year 8) play The Good Witch who helps Dorothy. Izzy said: “There are a lot of lines to learn, which has been quite difficult, but we get to do some magic, which is good!” Amelia added: “It’s a really good show and it’s all coming together well. It’s going to be great.”

Bassist Brandon said: “We’ve had to transpose some of the songs to suit the keys of the singers, and some of the songs have been quite challenging, but it’s all going well. And it has been very good for team building skills - useful for our CVs, too.”

Drummer Lily added: “It has been really good to have the opportunity to meet all the others, I have enjoyed that a lot. There might be some nerves when we play live, but we’ll be fine.”