We are proud to announce that Stoke Damerel Community College is the first school in Plymouth to become a School of Character, after being awarded the prestigious Character Kitemark.

The College is one of only 70 schools nationally to receive the kitemark accreditation, which is awarded by the Association for Character Education (ACE).

The kitemark recognises “outstanding character education that is delivered in an explicit, planned and reflective manner,” to enable young people to develop positive character qualities. ACE said the accreditation awarded to Stoke Damerel Community College was “testament to their authentic whole-school commitment to character and personal development”.

College Principal, Miss Frier, said that achieving School of Character status is an acknowledgement of
how the school has prioritised the wellbeing of students, both inside and outside of school: “This
kitemark is incredibly prestigious and we are extremely proud to receive it,” she said.

“Our character education is instilling in our students the character and virtues that are needed for
life. It is important that our young people learn and practice behaviours that reflect ethical values,
that they become conscious of the right thing to do.

“We have already seen the positive impact that character education is having,” she added. “And the
characteristics our students are developing now will help them to flourish and thrive in society as
young adults. Indeed, we are all benefitting from the focus on character education – not just our
students, but our staff as well.”

Character Lead at the College, Mr Kelly, explained how the school has implemented its character
education: “The character education starts in our students’ academic studies and goes on to
developing life skills and the characteristics that will allow them to contribute positively to society as
well-rounded people. We are developing young people’s character inside and outside of the
classroom to build the attributes that help them to live successful lives. It also helps them to develop
the right skills for the challenges posed by an increasingly tough world.”

The College has built its character education around its three core values: aspire, achieve, thrive. A
big part of the programme is encouraging opportunities outside of school, such as volunteering,
joining clubs and taking part in activities. It has also seen a wider focus on providing experiences
such as educational day trips, overseas school trips, and cultural and sporting events.

“Everything we do in our character education is to achieve our three values,” said Mr Kelly. “This is
through developing character traits such as self-confidence, determination, trust, kindness,
empathy, and resilience. This is embedded in the curriculum across the whole school and is
developed further in our Character Curriculum that runs alongside that, and extra-curricular
activities.”

The College was already developing its Character Curriculum before the pandemic, which created
challenges for students across the country and highlighted the importance of providing character
education. After schools returned, we placed an even greater emphasis on our character education.

Mr Kelly said: “It is something we have been building over time because it is something that we want
for our students. Then they were impacted by Covid, and we recognised the challenges which that
brought.”

Stoke Damerel Community College received the Character Kitemark following a recent visit by two
ACE assessors. During the visit, they spoke to some of the students about their experiences of the
school’s character education. Mr Kelly said: “One student talked about how it had totally changed
them as a person, helping them to grow self-confidence and build friendships. Another student
spoke of how they had grown trust and confidence through our Character Curriculum. The feedback
from the students has been glowing.

“They are also showing a real pride in their achievements,” he added. “We give out certificates and
badges in assembly every half-term, and students really celebrate and share each other’s successes.”

ACE is closely affiliated with the Jubilee Centre for Character and Virtues at the University of
Birmingham, which supports the practical implementation of character and virtues education in
primary, secondary and post-16 settings throughout the UK.

The kitemark is a further success for Stoke Damerel Community College. Earlier this year, the Office
for Standards in Education, Children’s Services and Skills (Ofsted) rated the College as a ‘Good’
school following a visit by Ofsted inspectors in February. 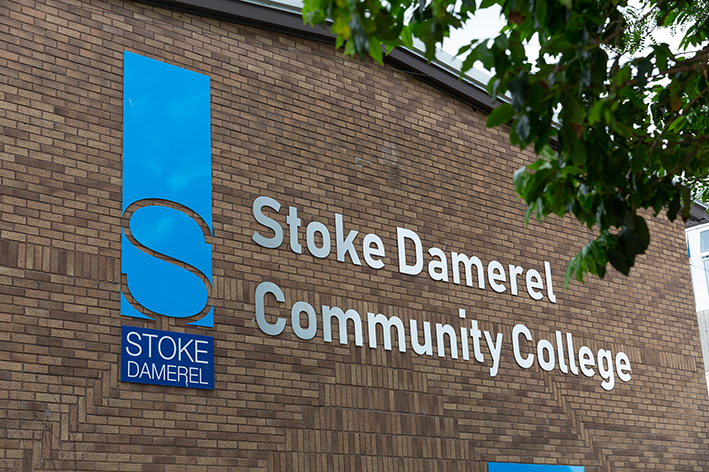