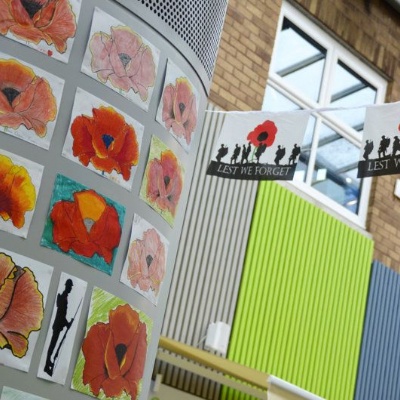 Poppy Appeal in support of the Royal British Legion

The College has held a number of activities for Remembrance Day, including the transformation of The Street and a hugely successful Poppy Appeal in support of the Royal British Legion.
The Street was decorated with poppies, coloured by Year 7 and 8 students in their art lessons - a moving tribute to all those who have lost their lives in conflicts around the world.
Tutors read “The History of Wearing the Red Poppy” to all students, before the College observed a two-minute silence at 11am.  The Combined Cadet Force were on parade, and a bugler sounded The Last Post. 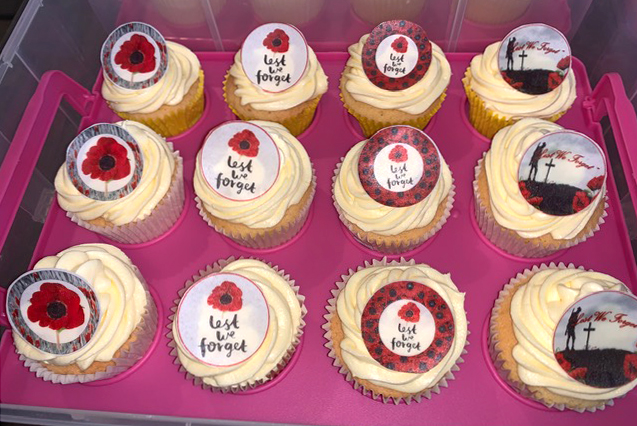 Our fundraising events included the sale of Poppy items and a cupcake sale for staff, organised by Mrs Hill. She said: “This year, the Royal British Legion Poppy Appeal reached out for additional support, as many of their sellers are vulnerable pensioners and are not able to raise money at their usual selling venues.
“The College pledged to raise £150 and we are well on the way to reaching this goal, if not exceeding it. That is a fantastic effort.”