No, you were not seeing things - that really was a Gazelle helicopter parked in our school car park! 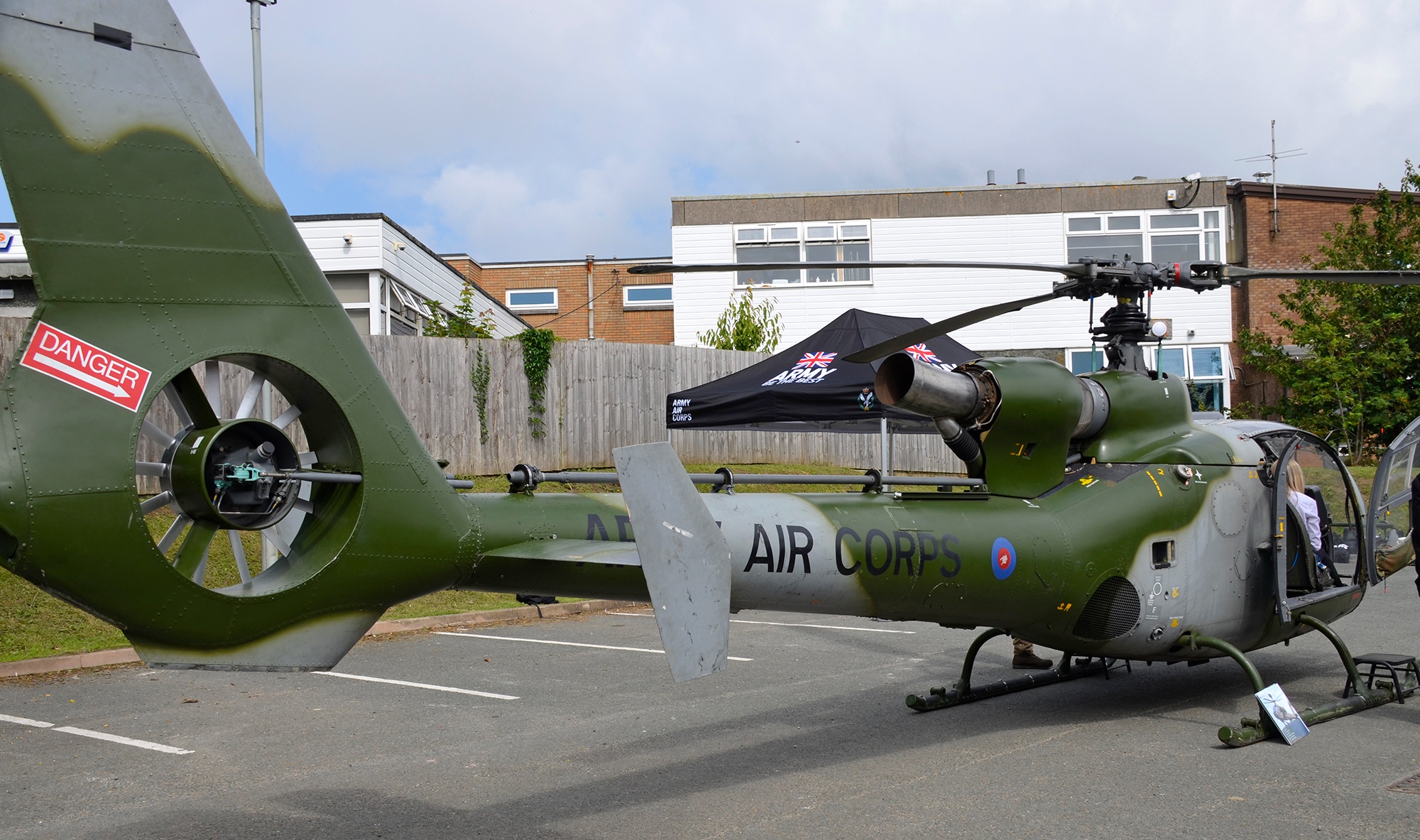 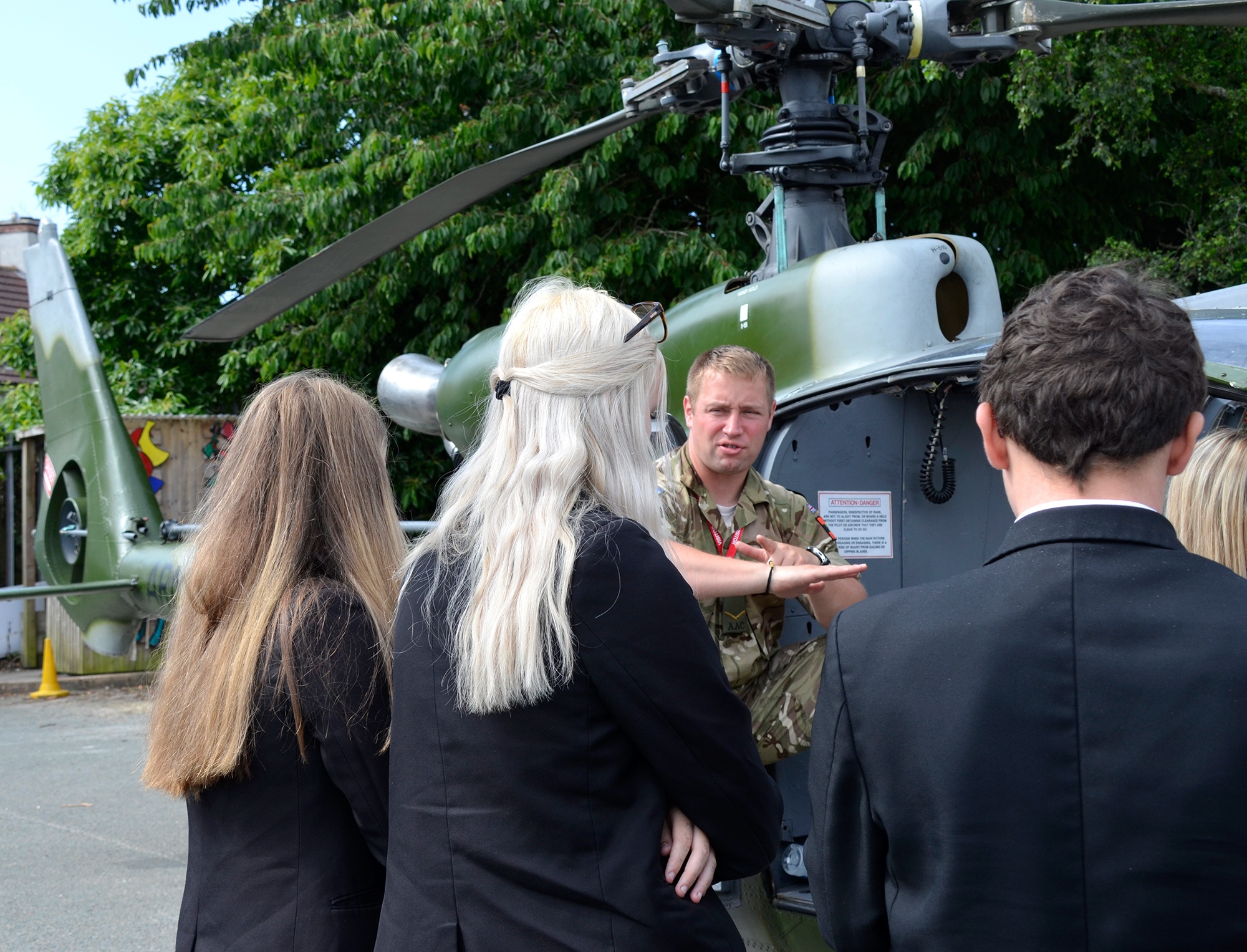 No, you were not seeing things - that really was a Gazelle helicopter parked in our school car park! The helicopter was brought into the College by members of the Army Air Corps Engagement Team, who spent a day showing our Year 9 students how STEAM subjects are used in the real world.

The students took it in turns to sit in the helicopter, as the team talked through the control panel. They were also put through their paces in teamwork exercises, where they had to use communication and on-the-spot decision making skills to complete tasks.

WO2 Matthew Simpson from the Hampshire-based Corps said: “We visit schools around the country to build relationships between the community and the Army, and we were delighted to be invited to Stoke Damerel Community College.

“I hope that all the students enjoyed the short time they spent with us. Their behaviour was of the highest standard and they were an absolute pleasure to engage with, a real credit to the school and all the staff there.”

The event was organised by Miss Trezona and Mrs Heseltine. Miss Trezona said: “It was lovely to see the students throw themselves wholeheartedly into the tasks. They had to make quick decisions, work as a team, and show their initiative and they did really well. The Gazelle helicopter was also very popular, which we knew it would be!”

She added: “It is important for our students to see how what they are learning in the STEAM subjects is applied in the world of work, and we are hugely indebted to the Army Air Corps Engagement Team for providing such a brilliant, interactive event. The day was a tremendous success.”