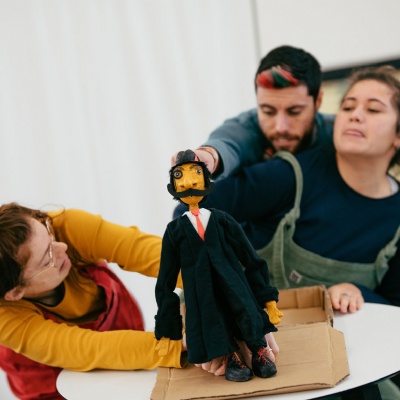 Pupils from schools in Plymouth have had a slice of the action in helping to devise and create a brand-new theatre production, The Pizza Inspector - with our own Year 7 drama students playing a big role! And, to top it all off, they are now getting the chance to see the play performed live by professional actors. 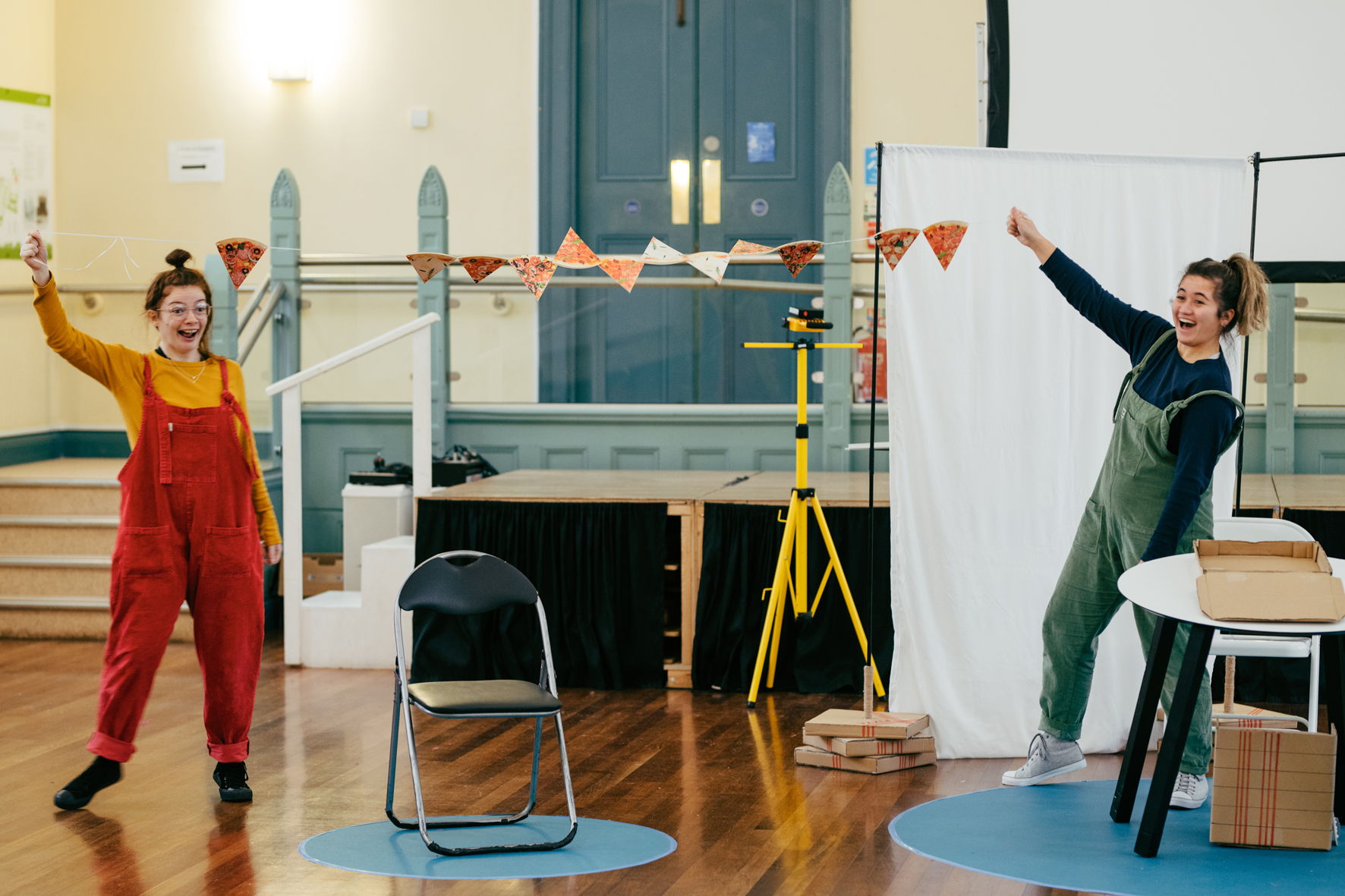 Photos are by Dom Moore

The Plymouth youngsters aged 7-13 are being given a taste of theatre making, by co-creating the show with professional writers, performers, and makers as part of a national effort to bring cultural opportunities to young people in targeted areas across England. The project, With Flying Colours, sees professionals from local arts organisations go into the participating schools to develop new plays which are then performed in the schools and in community settings.

The Pizza Inspector is written by Plymouth’s Laureate of Words in 2021-22, Laura Horton, and co-produced by Plymouth Cultural Education Partnership (PCEP) and Plymouth-based Above Bounds Theatre. But the real inspiration behind the story and the characters are the young people at the participating schools in the Devonport, Stonehouse and Stoke areas.

The original story idea came from children in the Year 3 class at High Street Primary Academy. They worked with Laura and Above Bounds’ Helen Bovey and Vicki Horan to suggest stories they would like to see performed on stage. One of the big debates they had was about what should go on a pizza! Laura said: “We wanted to find out what the children were interested in, and their imaginations were just amazing - they had loads of weird and wonderful ideas. I then amalgamated all those ideas into three stories which pulled together all the threads they wanted - mystery, monsters, journeys, and food - especially food!”

The final choice was made by students at the other schools taking part in the making of The Pizza Inspector: Stoke Damerel Community College, Marlborough Primary School and Millbay Academy. Vicki explained: “We had nine possible stories that the children at High Street Primary Academy came up with, and Laura did an amazing job to get that down to three. We showed the students videos of the three possible stories, and it was unanimous, all three schools voted for The Pizza Inspector. The three stories were all very different, but what was clear was that they wanted something that made them laugh.”

During the last two months, Year 7 drama students at Stoke Damerel Community College and pupils at Marlborough Primary have been working with Vicki on how the story could be produced on stage. They have also worked with Sound Designer Jack Dean and Set and Puppet Designer Matt Dean on the sound, the set, and how the characters should look. The result is a 50-minute play that’s full of fun, with three performers and handheld rod puppets. Helen said: “The Pizza Inspector himself is a puppet and he looks a lot like a famous detective. The pizza is also a puppet! There is a message in the story, too, about listening to opinions and coming up with a considered view.”

The project is already succeeding in firing imaginations and sparking cultural connections for our young people. Laura said: “It has been joyful, observing the children at High Street Primary being so creative and using their imagination. I have seen their confidence improve during the project, and it’s really nice for them to now see the play being performed.”

For some of the students at the schools, this will be the first time they have engaged with live performance. Helen said: “What this project is doing is empowering them. It’s giving them the feeling that they can achieve something big. This is why it’s so important and exciting for them to see their work come to life. It has flicked a switch. We have found that it has improved their writing, too.”

Here at Stoke Damerel Community College, our students have loved being involved with every element of the making of The Pizza Inspector, from concept to staging. Mr Bullard said: “They found it really exciting to have a role in deciding which play should be developed. And Vicki has got them thinking about how to turn ideas into theatre. So, our students were asked ‘what does that character look like? How that does storyline look like in a performance? And they loved that their ideas were taken on board. This has been an invaluable experience and hugely beneficial in helping them to understand all the elements of putting a piece of theatre together. It has also inspired them to see other roles in theatre, such as costume design, make-up, hair, set design and sound. They are seeing the bigger picture.”

Stoke Damerel Community College were the first to see the play, in a special ‘preview’ event at the College on 26 November - and the students who had helped to create it were delighted. One, Isabelle said: “I very much enjoyed the performance. I like the use of the puppets as it was something I had not seen before.” Another, Mason, added: “It was a funny performance, and I really enjoyed the different voices that the characters had. It was great to see some of our own ideas being used in the show.”

Plymouth is one of just five places in England to get funding for the playwriting and playmaking project after winning the South West region’s £1 million pot from the Department of Digital, Culture, Media & Sport (DCMS). It is also supported by Arts Council England. In Plymouth, 11 schools in two hubs are taking part in With Flying Colours, which was launched in 2019 and runs until 2023. The hubs are Devonport & Stonehouse, and Whitleigh & Southway.